JWildfireMini 1.6 for Android is available

“Fractals everywhere, any time” – the 2nd generation of the JWildfire app for Android mobile devices

Welcome to the new version of JWildfireMini which comes with some really exciting new features: 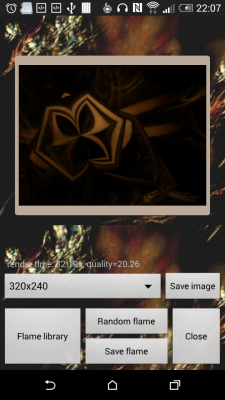 V1.6 (released):
– the interactive-renderer keeps the display active to avoid abort of rendering
– new option to rescue flames from the internal flame-library of JWildfire 1.1 (probably does only work when installed as update from the PlayStore)

V1.5:
– added a new “Notes”-button at the main window to display some useful notes about flame fractals and the app
– ability to use more memory on Android4.x (in order to render images at higher resolution)
– added the ability to accept any flame-files (e. g. also from Apophysis) in the flame-library (by just copying them into the “flames”-folder)

V1.3:
– the realtime-preview in the interative-renderer now respects the aspect-ratio of the image
– flame-files were saved at the same-place as images files (and are able to survive any further updates)
– made the code to access the storage-device more robust
– added some resolution-presets

V1.2:
– significant increase of rendering speed (about 100%)
– random-flame-generator in the Interactive renderer for endless fun (the generated random flames may be stored to the flame-library to be mutated or rendered later)
– updated the renderer to the current version (2.1) of the main application (e.g. more variations, render bokeh effects and 3d-flames)
– using the aceesible storage of the device for storing image data
– removed the “Share image”-function which caused the program to terminate (as reported from many users) on many devices
– new “Save image”-function which stores the currently rendered image on the storage and adds it to the image Gallery
– support for rendering in different resolutions
– “Bokeh” and “Affine3D”-mutation in the MutaGen3x3 and MutaGen5x5
– cache for preview-images (stored onto the external SD-folder) for faster display after the first access 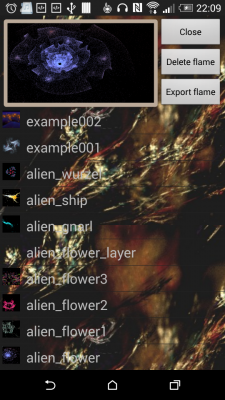 Download the FREE version directly from this site (as signed APK): 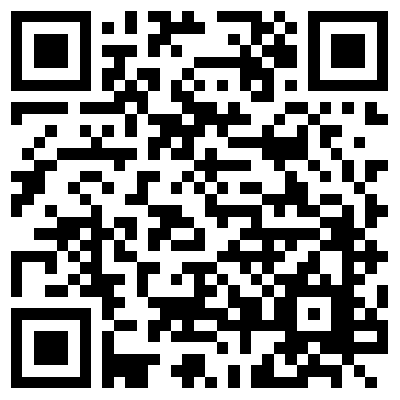 📂This entry was posted in Flame fractals JWildfire releases